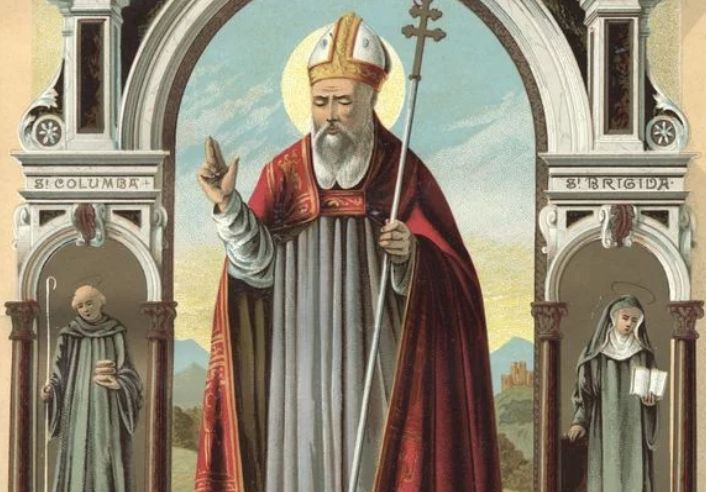 As we all prepare to don our green clothes and honor Ireland’s Patron Saint, St. Patrick, on March 17, it’s worth noting that his name was Maewyn Succat and he was born in Scotland… or was it Wales.

We all think we know the true story of St. Patrick, the most famous patron saint in the world, but it turns out we don’t even know his real name. Meet Maewyn Succat, the son of a Roman-British officer and deacon who was born in the village of Banna Vemta Burniae.

The man we know as Saint Patrick, aka Maewyn Succat, was born in the second half of the 4th century, so it is little wonder that the details of his life are a little sketchy, to say the least. So much so that even the year of his birth is up for debate, some scholars believing it was the year 373 and some 390.

So the story goes that Maewyn Succat was born near a village called Banna Vemta Burniae, which was situated on the Roman road of Watling Street, which today is known as the A5 trunk road. However, yet again where, on this vast road, it is not clear. Some believe Maewyn Succat was born in the lowlands of Scotland and others say it was Wales, which was under Roman control at that time.

Saint Patrick’s real name was probably Maewyn Succat. His father, Calpornius, was a Roman-British army officer and a deacon.

Despite his father’s involvement in the church, Maewyn Succat did not, at first, follow suit. He was not a believer. In fact, until the age of 16, his life was unexceptional.

The tale goes that St. Patrick was kidnapped while he worked as a shepherd. He was taken by Irish pirates and sold into slavery in Ireland. In his autobiography, Confessio, for the next six years he was kept in prison, in the north of the island of Ireland. Here he worked as a herdsman tending to sheep and pigs, on Mount Slemish, in County Antrim.

It was during this time that Maewyn Succat found religion. He believed that his kidnapping and enslavement were punishment for his lack of belief.

He spent a great deal of time in prayer. Eventually, he had a vision that saw him on as a stowaway on a boat back to Britain. He soon escaped and was reunited with his family.

Back in Britain and safe from his captors Maewyn Succat had a vision that the people of Ireland were calling him back to minister to them about God. However, he did not feel prepared.

Maewyn Succat traveled to France where he trained in a monastery, possibly under Saint Germain, the Bishop of Auxerre. He dedicated his life to learning.

Twelve years later he returned to Irish shores as a Bishop, sent with the Pope’s blessing.

Spreading the word of Christ in Ireland

Maewyn Succat, or Saint Patrick, as came to be known, from the Latin name Patricius, which meant “nobleman”, landed at Strangford Loch, County Down.

While many credit him with bringing Christianity to Ireland he was not the first to do so. And earlier missionary, Palladius, had already come to preach to the Irish.

However, St. Patrick did meet with King Lóegaire, the High King of Ireland to ask permission to preach Christianity. Of course, his mission did not always go smoothly. During his life and attempts of preaching, he had terms of imprisonment and generally upset local chieftains and druids but he always won his freedom, by presenting his captors with gifts.

For 20 years St. Patrick traveled around Ireland baptizing people and establishing monasteries, schools, and churches. By the time of his death, believed to be March 17, 461 (or 493, depending on which scholars you side with), he had left and organized Christian church in Ireland as his legacy.

And so every March 17 this is why Ireland, the Irish around the world and those who love the Irish spirit celebrate St. Patrick’s Day. Happy Maewyn Succat Day!

Oh, and he’s buried in Downpatrick, in County Down… that or in County Armagh. 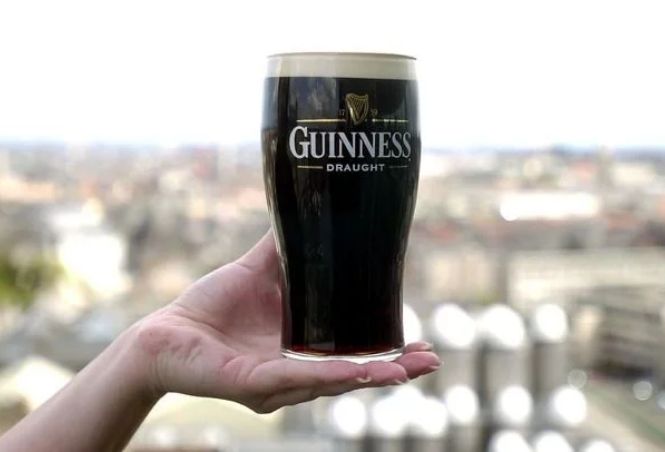 St. Patrick’s Day is upon us, which means people all around the world will be indulging in a celebratory pint of plain! When you walk into a bar in Ireland you could shout across at the barman and ask for a pint of plain, the good stuff, or your best. You could even just walk… more 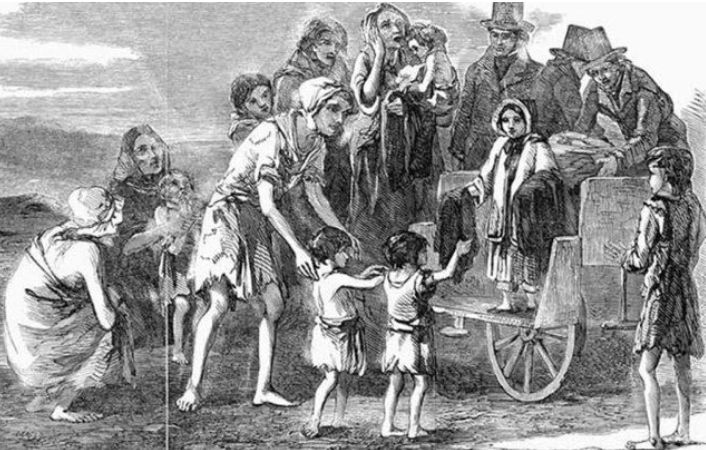 A heartbreaking Irish famine story of death and despair. A group of 600 Irish starving during the Great Hunger set out to Doolough to find food. Most of did not survive. Our guide has told the same story perhaps a thousand times yet still it brought a lump to her throat. “People around here recall… more