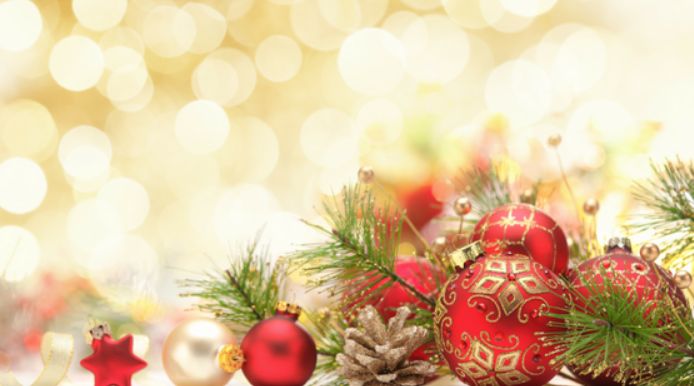 Ireland has a wide number of Christmas traditions that are steeped in the Gaelic and Catholic heritage of the country.

The Wren Boy Procession has been revived in recent years with parades being held on St. Stephens Day in Sandymount in Dublin and other locations. There are several legends regarding the ‘wren boy’.

One such tale tells of a plot in a village against some British soldiers during Penal times. The soldiers were surrounded and were about to be ambushed when a group of wrens pecked on their drums raising the alarm. The plot failed and thus the wren became known as ‘The Devil’s Bird’. 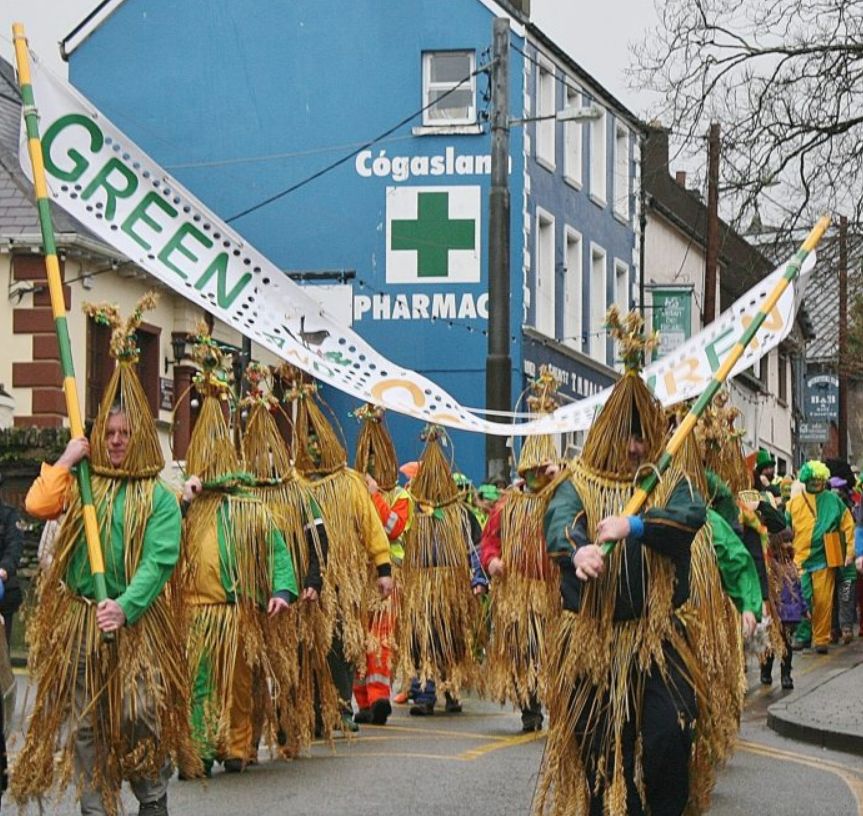 To commemorate this deed a procession takes place where a pole with a holly bush is carried from house to house and families dress up in old clothes and with blackened faces. In ancient times an actual wren bird would be killed and placed on top of the pole.

It is possible that the very Irish tradition of visiting houses of friends and relatives on St. Stephens Day traces its origin to these events.

THE CANDLE IN THE WINDOW

A tradition that was very widespread in the 1970’s but which seems to be dying out somewhat and especially in urban areas is the ‘candle in the window’. Symbolically the candle represented a welcome to Joseph and Mary as they wandered in search of lodgings. The candle indicated to strangers and especially to the poor that there may be an offering of food in the house within. 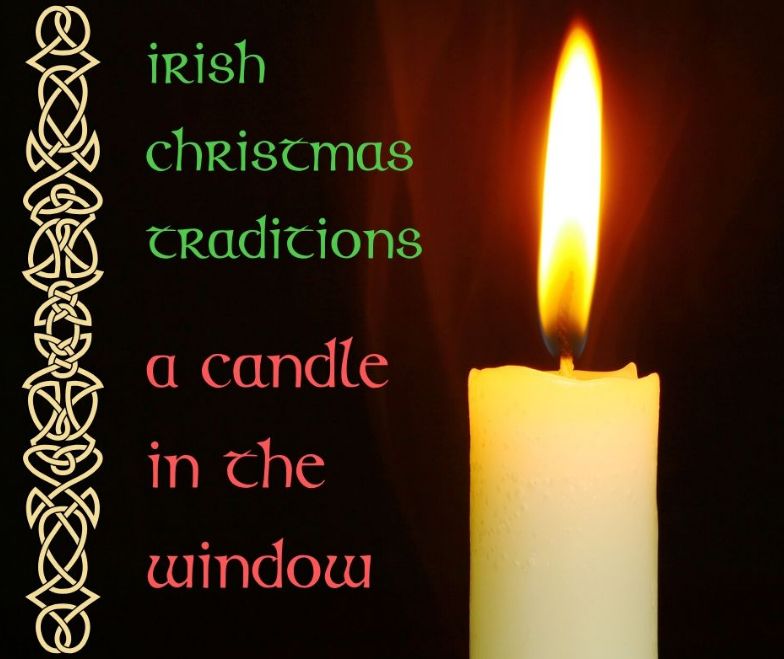 During the Penal Times in Ireland Catholic priests were forbidden to perform Mass so the candle acted as a covert signal that the occupier was a Catholic believer and that mass could be held on the premises.

Mary the mother of Jesus was especially revered in Ireland at Christmas. There are many traditions involving girls named Mary which at one time was by far the most popular female name in the country. The candle in the window was often to be lit by a girl named Mary and only extinguished by her. The removal of decorations in January were also often to be punctuated by a visit from a Mary.

The centre-piece of the Christmas holiday in Ireland is the Christmas Dinner. After the often lavish meal the kitchen table was again set and on it was placed some bread and milk and the table adorned with the welcoming candle. If Mary and Joseph, or any wandering traveller, happened by then they could avail of the hospitality.

All Christmas decorations are usually taken down and put away on ‘Little Christmas’ (January 6th.). It is considered very bad luck to remove the decorations and Christmas tree before this date.

The widespread practice of placing a ring of Holly on a front door started in Ireland. Holly was one of the main plants that flourished at Christmas time in Ireland and gave the poorer population means with which to decorate their homes.

Modern Ireland has changed vastly from the times when these Irish Christmas traditions flourished and have often been replaced with newer more secular ones. St. Stephens Day is still regarded as a day to visit family and friends but is also a great sporting day with horse-racing, football and a myriad of other sports taking prominence.

Many workers take the entire week off between Christmas Day and New Years Day with many businesses completely closing down during this time.

Midnight Mass on Christmas Eve is also very well attended and is often adorned with a choir, the Church with a Manger and Nativity scene.

A Christmas Day swim is practised in certain parts of Ireland with perhaps the most famous being at the ‘Forty Foot’ tiny beach in South Dublin.

The Gaelic greeting for ‘Merry Christmas’ is:
‘Nollaig Shona Duit’
……which is pronounced as ‘null-ig hun-a dit’. 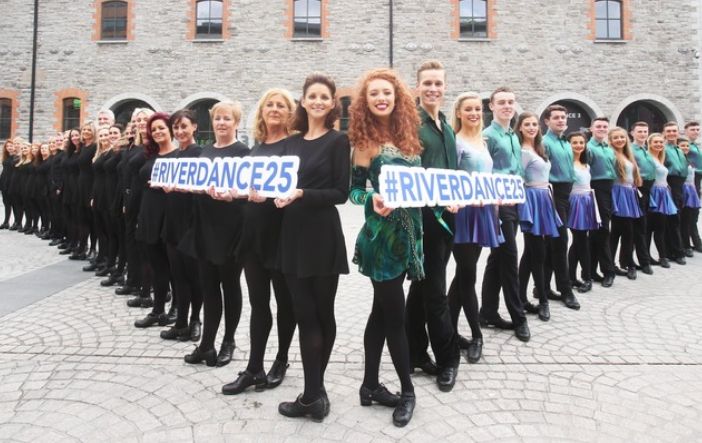 On February 9, 1995, Riverdance the Show premiered at The Point Theatre Dublin. This followed its initial debut on April 30, 1994, when a worldwide audience of over 300 million saw the birth of Riverdance as the interval act of the Eurovision Song Contest. The seven-minute performance earned a standing ovation from the 4,000-strong audience and… more 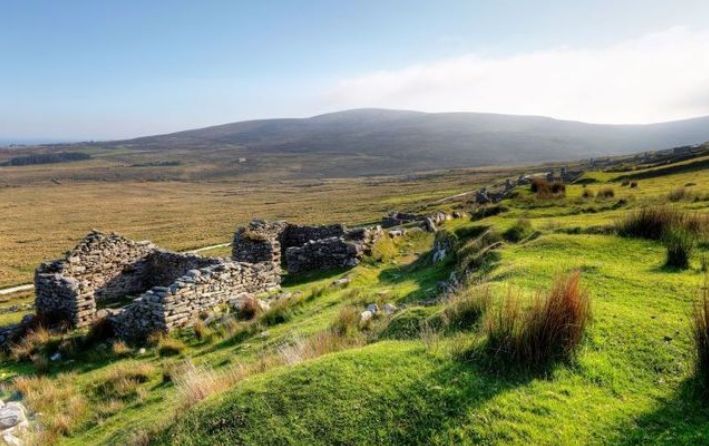 These Irish ghost towns have laid abandoned for years, some for centuries. In the years following Ireland’s Celtic Tiger building boom, the country became notorious for its ghost estates – housing developments that were built (or were in the process of being built) with boom-time money, then abandoned and left uninhabited once the recession hit. But Ireland,… more