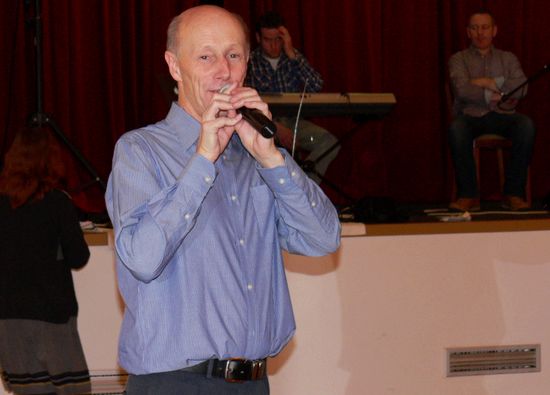 Questions:
1) What age where you (or what year) when you started set dancing? Where you taught home or did you attend regular set dance classes/workshops? Who were your teachers?
I first saw set dancing in my home in Upperchurch, Co Tipperary when I was a child and I probably danced in a set then, because children had to fill in if there were not enough people to dance the set and sometimes they were put in anyway. I am not sure what age I was when I first saw dancing or took part. The set dancing in houses had nearly died out then, but we were lucky that my father, who had played for house dancing years before still played and we had an opportunity to dance and to learn a little. The only set we really danced regularly was the Ballycommon Set, though the Castle Set was also danced sometimes in some houses. I had no teacher in those days and later, as I have written in the books, I learned a lot from Jack Slattery from Cappawhite in Tipperary. Jack lived and taught dancing in New York in the 70’s and probably earlier. Indeed he and his family were instrumental in making the set dancing popular there. Later I learned a lot from Connie Ryan, from Clonoulty in Tipperary, who was living in Dublin then. This was in the early 80’s and anywhere there was a class, particularly if I heard that there was a new set going, I would attend. Many of us began teaching sets then learned a lot from each other also.

2) Do you remember what was set dancing like and its popularity in Tipperary in 70’s and 80’s? And in Ireland in general? Were there parts of Ireland, where set dancing would be more popular? Was there a difference between urban and rural areas?
In the 1970’s and 80’s, I was away in college and then I got a job teaching in Dublin, so my knowledge is from a distance.
There was very little, if any, house dancing anymore and the set dancing revival really began when the Scór (Gaelic Athletic Association)) and Comhaltas (Ceoltas Ceoltóirí Éireann) competitions began in the 1970’s. Some sets, such as the Castle Set in Tipperary and the Caledonian Set in Clare won a lot of competitions and became popular. Other good competition sets that survived as regular sets were the Sliabh gCua Set from Waterford and the North Kerry Set which was very successful for a group from Ballybunnion in North Kerry.
Then other areas had different variations of the sets which they danced in their own areas and gradually other sets were revived or adapted for the competitions and later were danced socially as well. (A general history of this era is in all three of my books.)
Set dancing was most popular in Munster, in all of the Munster counties. It was danced in the West also but I think, not so much. There would be local sets in some areas but they were generally less complicated than modern sets and the sets then would have the most popular movements, usually in simple forms – i.e. a low ladies’ chain instead of the variations on the chain today. In the North of Ireland, the only set dancing was the old style Quadrille Sets, as in the Down Lancers. Most people danced the Fíor Céilí Dances there. Céilí Dancing was also very popular down south, particularly in the cities.
Set dancing was really far more popular in the rural areas and it was only in the 1980’s that it became popular in most cities, though some towns in Munster would have sets danced too. Connie Ryan and Joe O’Donovan are the best known set dancing teachers from this time and Joe started the classes in Milltown Malbay, where other teachers learned from him and then became teachers themselves. Connie travelled all around Ireland and set dancing caught on everywhere. In this way, social set dancing grew and everyone could take part, not just the competition dancers.

3) How often were you set dancing during the set dance revival era? What was the age range (roughly) of the dancers in classes/ workshops/ ceilís?
In the early part of the revival, I was playing a lot of music in sessions and often for céilí and set dancing. I also played for competitions. Then I was asked to dance in set competitions and soon I was asked to teach because I could remember the sets better that some others! I combined playing and dancing for a long time and gradually as I was invited to other places, I concentrated on the dancing. We danced most weekends and also at weekly classes in the 80s.

4) Have you ever competed in set dancing?
I played the music for many set competitions and also danced in countless competitions at all levels in the 1980’s, at many different festivals including the All Ireland Fleadh level a few times. I also prepared various set groups for many competitions over the years.

5) When and why have you decided for collecting set dances?
I have collected sets since I first started learning them. It was for me the best way to remember them and, as a Primary School Teacher, I suppose I was used to writing things down and preparing notes for my classes! I always loved learning the new dances and I loved collecting them just for the sake of knowing them. I still do and hope to do so for a long time yet! It was always like learning new tunes when you play music and indeed there are many parallels for me, as I always loved learning new tunes and I always collected books and tapes or CDs of the music I learned also.
I suppose the simple answer is that I collected the sets because I loved and treasured them and I still do. I also cherish my friendship with the many wonderful people I have known who passed the sets down to us and always asked me to share them with others. I try to do this always hope to do them justice by recording and teaching their dances to others as accurately and as well as possible.

6) How popular were the sets in that time?
I think that only the people who grew up with them liked them in the beginning, but in the 1980’s the sets gradually gained popularity as social dances, Initially they were in a social setting in house dances, then they became competition orientated and later reverted to social dances, though in large halls, as they are now. I also think people took to them because they are easy to learn and great fun. Also, many of the dancing teachers were so enthusiastic that this rubbed off on their pupils. If the teacher is having fun, then this is contagious. In the early days particularly, before DVDs or even video tapes were around (they were there but we could not afford to buy them), my friends and I were happy to travel anywhere to learn a set. Then the next thing was to pass it on and share it with other dancers. Connie Ryan was a pioneering teacher who travelled around Ireland teaching. He was a neighbour of mine in Tipperary and became a good friend also. Many of us travelled to his weekends and gradually I became caught up in my own travels.

7) Has set dancing developed since the time when you started dancing?
I think set dancing has developed in many ways, some good and some not so good. There are many more dancers now and a far wider variety of sets available. We are blessed to have so many good céilí bands around – sometimes maybe people do not appreciate how much they put into all the travelling and preparing for little compensation.
There are countless dancing events, perhaps too many sometimes, as they seem to be killing each other in places. I would be concerned about the commercialising of set dancing, as this moves it away from its origins and something has to be lost in the process.

8) What was dancing night (ceilí) like during the set dancing revival? What was the number of sets danced during the night?
I think the céilithe were mixed more in the early days, with céilí dances and waltzes danced along with the sets. Numbers grew rapidly and the number of dances on a night would be similar to today.
We often played music and danced until daylight at sessions after the céilí ended, then sometimes went to Mass or had breakfast and went straight to the next morning’s class. I often stayed up late playing music in the early days, but gradually became a more responsible teacher and went to bed earlier so that I would be able to teach properly the next morning. I think all teachers have a responsibility to respect their pupils enough to be in time for class and be rested enough to teach their dance classes as well as possible.

9) What was the repertoire danced in ceilí and how does it differ to nowadays?
As I said above, there was often a mixture of sets and céilí dances. Céilí dances would range from the High Cauled Cap, Sixteen Hand Reel and Eight Hand Jig to the Walls of Limerick and Seige of Ennis. The sets in early times were mostly the Cashel Set, the Caledonian Set, the Plain Set, the Clare Mazurka Set, the South Galway Set, the Connemara Set, the North Kerry Set, the Sliabh Luachra Set, the West Kerry Set and perhaps the Ballyvourney Reel Set and Jig Set, and the Jenny Lind or Auban Sets from Cork.
Believe it or not, most people didn’t know the Clare Lancers for a long time and then it appeared, followed by the Labasheeda Set, the Paris Set and the beautiful Orange and Green. Gradually others followed.

10) Were people who attended ceilí familiar with the repertoire? Was there need for caller during the night?
Sets were always called in the early days, as most people were only learning. Sometimes nowadays, sadly, these same people forget that others have to learn too. The teachers at set dancing weekends always called the sets – it was part of their duties for the weekend. Many times also, myself and others were asked to call dances at céilithe in other places apart from the weekends.

Thank you very much! 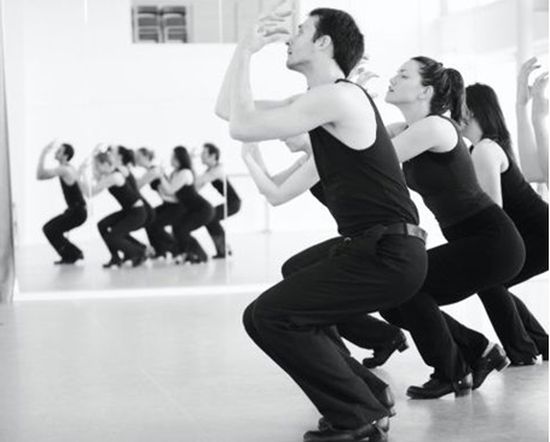 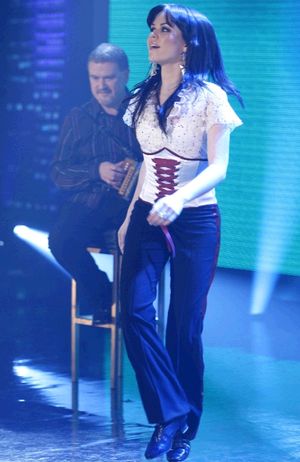